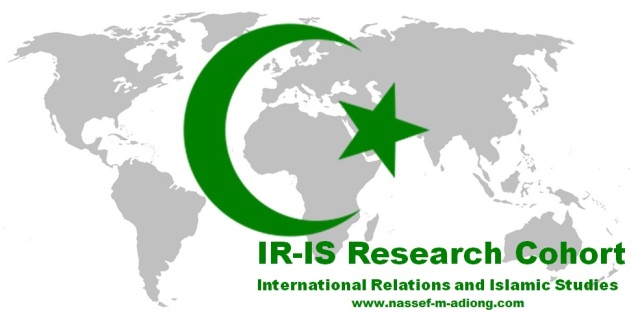 
The Patriarch’s Guidance to Europe? – The ‘Post-Political’ Rise of Islamic Collective Identity in Turkey & Gradual Manifestation of Modern Neo-Patrimonialism at the Governance Level
Dr. Can Zeyrek (University of Marburg, Germany)
Modern Neo-Patrimonialism and Post-Politics. These are theoretical approaches discussed to a lesser extent in the EU candidate country Turkey in comparison to the discourse in Western Europe. But there is also a lack of in-depth transformation studies on Turkey resorting pre-eminently to the above mentioned approaches and theories of transformation studies and autocracy research in the West. This paper relies upon theories of political transition and autocracy research with a specific focus on the ‘post-political’ rise or Zeitgeist of Islam and its impact on the regime in times of (power) change at the Bosphorus. Now, Post-Politics describes a ‘consensual’ form of democracy with an anti-political vision, refusing the acknowledgement of the antagonistic dimension constitutive of ‘the political’. Its aim is the establishment of a world ‘beyond left and right’ and ‘beyond antagonism’. In the specific case of Turkey, political Islam seems to serve the gradual curtailment of the antagonistic potential existing in society through government’s strong hand. As a consequence, neo-patrimonial elements are gradually creeping in and manifesting itself at the regime level. In this paper the impact of the features of ‘Post-Political’ Islam on the antagonism in the area of politics and society will be analyzed.
Gender Ideology of Turkey’s AKP: ‘the Good and Bad Daughters’ in Perspective
Dr. Gül Ceylan Tok (Kocaeli University, Turkey)
Turkey’s AKP which is conventionally portrayed as the most successful example of ‘moderate’ political Islam has demonstrated significant difference from earlier Islamist parties by electing significant number of women to the parliament since 2002 elections (13 in 2002, 29 in 2007 and 45 in 2011). This paper seeks to provide an in-depth analysis about the gender ideology of the AKP by dealing with the following questions: ‘How has the AKP approached to the gender equality?’, ‘What kinds of policies have been adopted by the AKP government in order to dis/empower women in education, employment and political participation?’ This paper demonstrates that the gender ideology of the AKP depicts motherhood as an ideal role for women, and since the education of women is in conformity with this ideology, the government has introduced measures to promote higher education of women. However it has not introduced any significant measure to encourage female labor participation and political participation as women working outside the house does not comply with its ideology. The paper illustrates the discursive formation in Prime Minister Tayyip Erdoğan’s statements about the ‘good daughters’ who accept the ideal role of motherhood and ‘bad daughters’ who resist this role and ask for gender equality. An interesting finding of this paper is that even the headscarved women can be depicted as ‘bad daughters’ in the AKP’s discourse when a group of headscarved women launched a campaign for the election of covered women to the parliament before 2011 national elections.
Feminism, Islam and the West**
Ana Belén Soage (University of Granada / Hassan II, Casablanca, Spain)
Islam recognized important rights to women; whilst in the pre-Islamic period they were often a part of the inheritance, they went on to inherit, own property, administer their belongings, ask for a divorce… On the other hand, both the Koran and, particularly, the Sunna, manifest misogynistic stances, as in the hadith: “Women lack intelligence and faith” (Al-nisâ’ nâqisât ‘aql wa-dîn). In second half of the XIX century a number of Muslim men influenced by the West, like Rifa‘at al-Tahtawi, Khayr al-Din al-Tunisi, claimed that the marginalization of women from public life contributed to the Islamic world’s weakness and backwardness. And from the last decade of the XIX century, some Muslim women started to argue that the problem did not lie with Islam but with its ulema, who throughout the centuries had codified an Islamic law or Shari‘a detrimental to them. From early feminists Hind Nawal or Amiira Zayn al-Diin to present-day intellectuals Fatema Mernissi and Nadia Yassine, the Islamic world has witnessed the appearance and development of its own version of feminism. My presentation would deal with how feminism has developed in the Islamic world, from the early “pioneers” to modern-day feminists, Islamist or simply Muslim. It would also examine the difficulties of feminism’s implantation – it being considered a “Western import”, which often leads women to reject the label. Finally, it would go into how Muslim female campaigners have contributed to the democratisation of their societies, since they have pushed for the recognition of female rights while adopting an Islamic perspective.

**Withdrew due to financial constraint.
From Threat Perception to the Model Collaboration: Desecuritisation of the Relationship between Turkey and other Islamic Countries
Dr. Fikret Birdişli (Kahramanmaraş Sütçü İmam University, Turkey)
Ottoman Empire has been a kind of “Security Community” by taking of the most of Islamic Countries under its sovereignty for a long time. So It can be said that Ottoman Empire has achieved Karl W. Deutch’s economic orientated “Security Community” model in the context of political scene. But mutual socio economic and politic relationship between Turkey and other Islamic Countries has been at the minimal level after the collapse of the Ottoman Empire. Founders of Republic was percept the cultural and traditional legacy of the Ottoman Empire as a threat to the ideal of Westernization. Other Islamic countries also not welcome the new policies of Republic of Turkey because they perceived Turkey is turning his face from Islamic traditions. Disconnection between Middle Eastern countries and Turkey causes to two main problems. First, rising of the radicalism and second, regional insecurity. But as a parallel of conjectural changing in Middle East in the last decade, the relationship getting better between Turkey and other Islamic Countries. So this paper focused on question of “How to effect this development rising of the radicalism and the regional security”. This research depends on constructivist approach and used Securisation, Regional Security Complex Theory and Security Community Theory” of Karl W. Deutch.
Turkey: Where East and West Meet***
Didem Doğanyılmaz is currently a PhD candidate in Historical Societies at Rovira I Virgili University in Tarragona, Spain. She is also one of the project researchers in UNESCO Chair of Intercultural Dialogue in the Mediterranean.
“The Republic of Turkey is a democratic, laic and social state governed by the rule of law…” When the first constitution of the republic was declared in 1924, aforementioned second article used to have religious definition of newborn republic: “The religion of Turkish State is Islam…” Apart from the minorities who were defined within religious distinction, society was mobilized with a common religious identity and hereby the Muslim subjects of the abolished Ottoman Empire became the ethnic Muslims of the Republic. M.K. Atatürk Government made a series of reforms on legal, educational and sociological orders in order to form a new state, and the most important reform became the abolishment of definition of the “religion of state” from the constitution in 1928 which should be considered as a huge progress on the way of laicization. Eventually in 1937, the article ended up with its final version that defines Turkey as a laic, democratic and social republic. Herewith, the newborn republic possessed a westernized characteristic both with regulations and this final description, while society has its own cultural and religious traditions. In other words, Turkey became a country where a majorly Muslim society welcomes western values as a unique example in the world and a bridge between two continents; Turkey possessed a challenging role to connect two different worlds. Today, with its powerful economy and active political relations not only with its neighbors but also with EU and with Middle East, Turkey plays a significant role in world orders. Within this role what is the importance of Islam? Is it a tool to improve relations? Even better; within its strong historical relations with West and its territorial connections to East, with the perspectives of both Western and Islamic world, how do “they” define Turkey’s role on international relations?